Maybe the heading is a misnomer because not a lot has changed since the last blog….. despite my best efforts to stop them, the weeds are growing faster than I can spray them or pull them out,

Nigel is still studying for the November exam 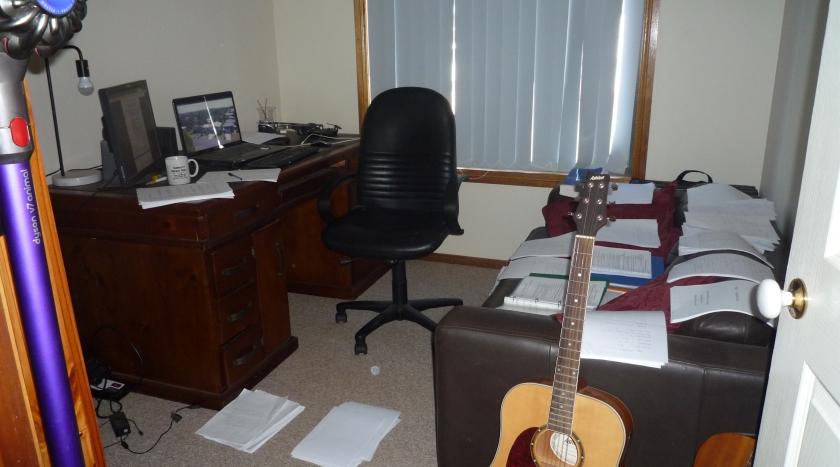 and the car is still in Dubbo waiting to be repaired. It seems they jumped the gun when they said it would get the new transmission on the 3rd of October because it was still in Japan at the time. New ETA is the 28th of October. Ho hum.

One good piece of news is that Arrow has been given a new job on a farm with other working dogs and, while Beau mourns her departure, from all accounts she’s loving it!

Speaking of furry friends, after quite a few weeks of chomping away at the overgrown block next door, the goats did such a good job that we had to start hand-feeding them. 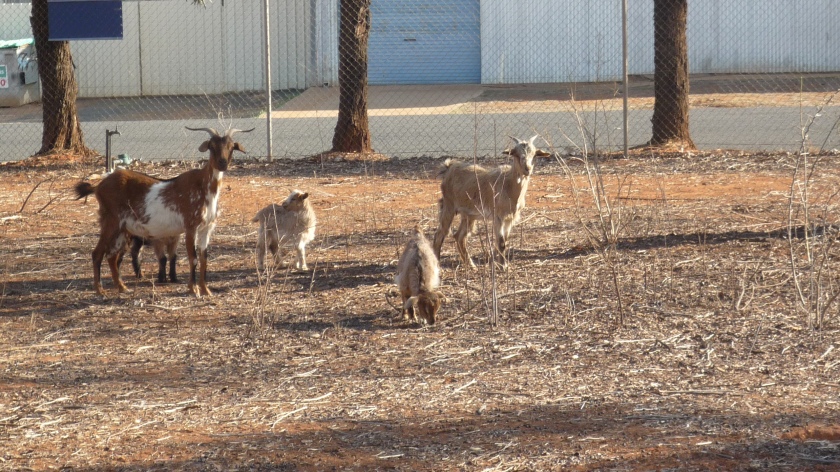 So last week the farmer whisked them away. Al and Helen will no doubt be sad to learn that there’ll be no more Weet Bix throwing competitions or slices of bread or Sheep Nuts (I didn’t know either) because Spooky, Greedy, Maxine, Abigail et al have gone home, hopefully to greener pastures.

In other news, Cobar’s mayor, Lilliane Brady, was recently given the first ever “Lifetime Achievement Award” from Local Government NSW. At 87, I guess she’s earned the right not to pull any punches as you’ll see in this excerpt from her mayor’s report a couple of weeks ago:

‘It was great, to hear once again that we were receiving $6.9 million for the 6km of cast iron pipe replacement, this is the second time that the Member for Barwon, Kevin Humphries has announced it and we still have not received the funding agreement or the money. This is most important to us as we cannot start the work until an agreement is signed or the money is in the bank.

I first was promised this money last November and had we received it then, we would be well on the way to having most of the cast iron pipes replaced. The Member also commented “no more dirty water for Cobar”. This is not correct either as the pipes have not been flushed and we still may potentially have dirty water.‘

You can read the full report here:

Imagine if we had someone like Lilliane at Mid Coast Council. She really is a breath of fresh air! Here’s a photo and a link to an ABC article on Lilliane:

And lastly, it’s been a while since we’ve shared the off-leash oval https://www.facebook.com/fitbin/videos/10157033058253322/ with the emus but apparently they’re still in town. In fact, some enterprising Cobar High School students talked the RMS into organising new ‘Emus crossing’ signs to warn motorists to look out for them. https://cobarweekly.com.au/?p=7698 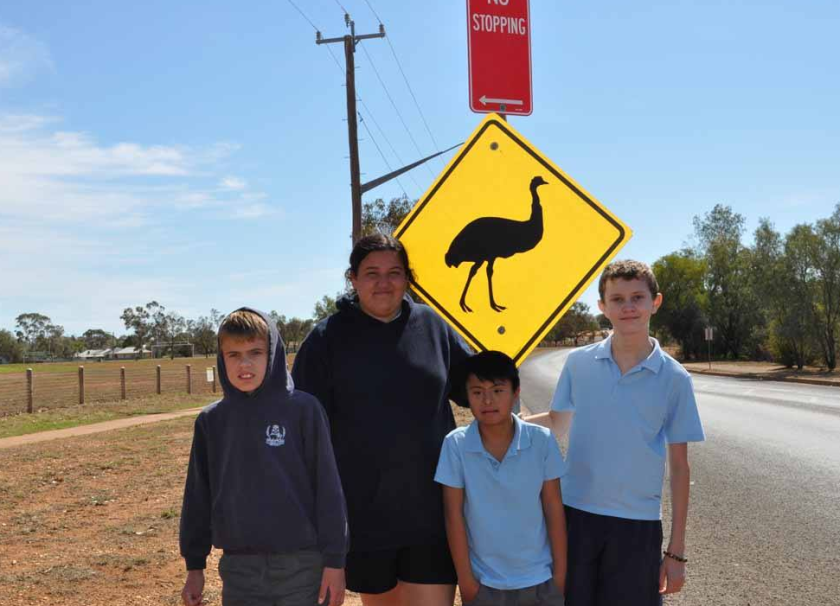