Today, Nigel has taken the police truck to Broken Hill for a new UHF antenna. Mobile phones and police radio don’t work once you’re more than 20 kms out of town. Provided it doesn’t rain, that will be a round trip of just over 650 kilometres. 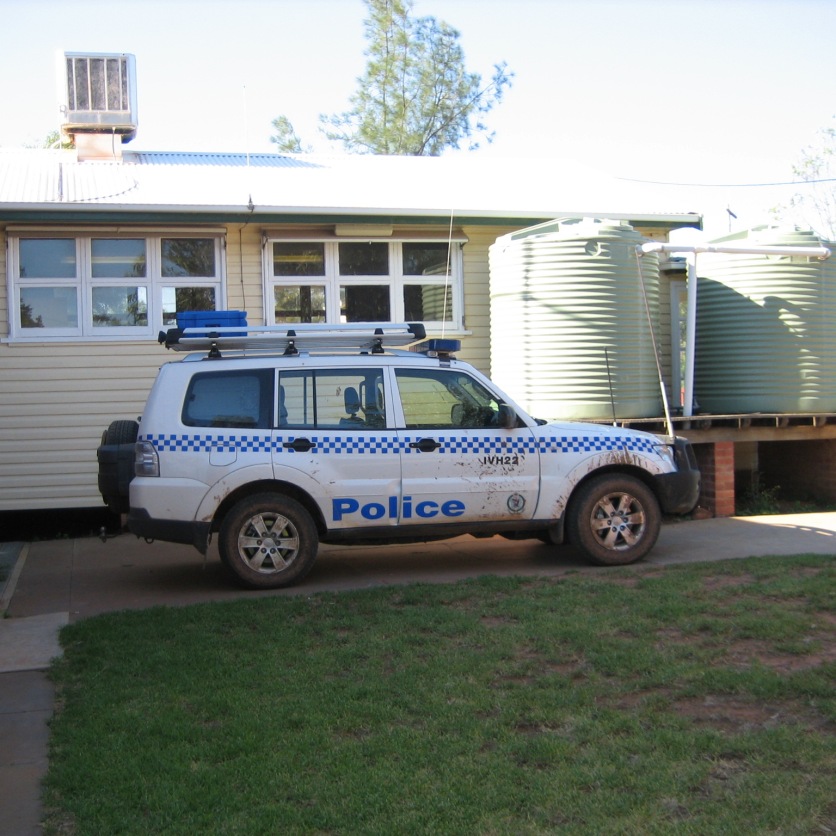 Speaking of all things mechanical, it seems that while people in the back country may be able to survive the heat, dirt roads and dust storms –not so their cars! Even with regular services, Nigel and Jackson have managed to go through 5 four-wheel drives in the just less than two and a half years that we’ve been here.

To be honest, it may have been less to do with their (very good) driving skills and more to do with mistakes made  higher up the food chain in choosing suitable vehicles.

For example, one of the four-wheel drives was fitted with only one petrol tank. Out here police cars have to have two – if they want to make it back into town at the end of the shift. Another four-wheel drive turned up with no ‘carrier’ for the second spare tyre. Out here you also need 2 spare tyres for the same reason. The only place to put it in the ‘cage’ was the well where a prisoner’s legs would normally go…….slightly embarrassing! Then there was the Pajero with traction control that worked very well but with no facility to turn it off, when it rained the car became virtually useless.

And did I mention the time that the mechanic put the police car computer in upside down? To be fair, these are not police mechanics – just mechanics working on police cars with  very specialised technical equipment. For example, there’s a myriad of communications systems including a CB radio, HF radio (Codan), VHF Police Radio, Satellite phone and of course each one comes with its own antenna. By the way, the tallest antenna is the Codan which at a couple of metres in height, makes it impossible to fit the police car into the police garage. 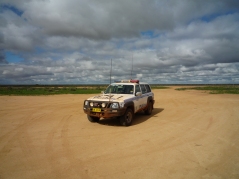 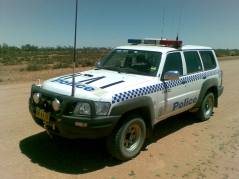