As some of you know, I tried very hard to convince Nigel to get another dog for Beau to play with. Now I see that perhaps he was right.

Our back fence is quite low and you can easily ‘notice’ the 3 dogs – whom we’ve named Lab, Jackie (Russell) and Arrow / Red dog – in the neighbours’ yard. Now it wouldn’t have been a problem if we’d stopped at just ‘noticing’ these guys but one of us decided to feel sorry for them and may even have thrown a biscuit or two over the fence when they cried.

So what happens when a very bored working dog – with no one home and not much to do all day – decides that we’re having a whole lot more fun with balls and treats next door? She decides to join us by digging a huge hole under the fence. 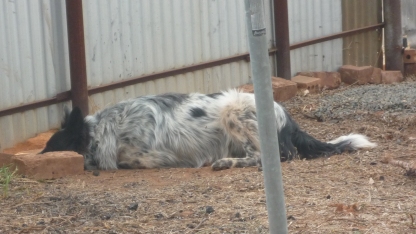 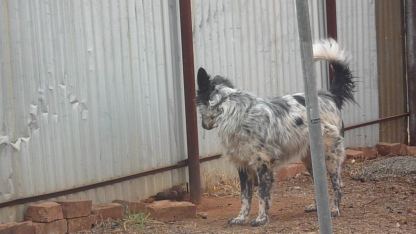 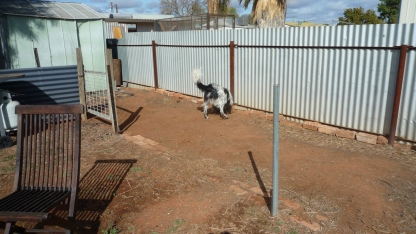 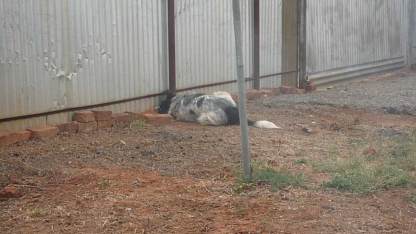 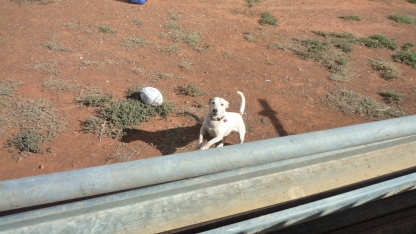 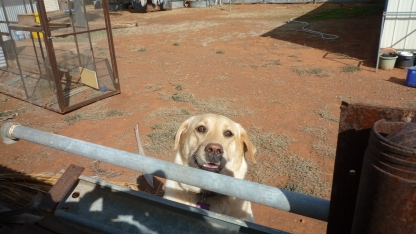 The first time it happened, we walked the 2 escape artists (Luckily, Lab couldn’t fit under the fence) around the street and returned them to our neighbours, who promptly blocked off the hole. The second time, I tried to alert the neighbours but no one was home. Luckily, Nigel noticed them disappearing back under the fence (the dogs – not the neighbours) and quickly blocked up the hole.

This time no such luck. Nige is at work and I’ve tried using said biscuits to coax them back under the fence but every time I throw one over the fence, Lab snaps it up while Jackie and Arrow sit perplexed wondering why I don’t give them one too.

So today, Arrow has dug her third hole under the fence and while Beau is absolutely loving his new play dates, the back yard is looking like a bomb hit it with dusty toys strewn everywhere and red muddy paw marks (when Arrow drinks, she stands in the water) on the concrete path. 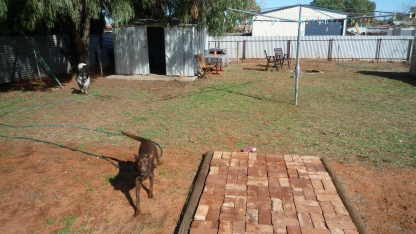 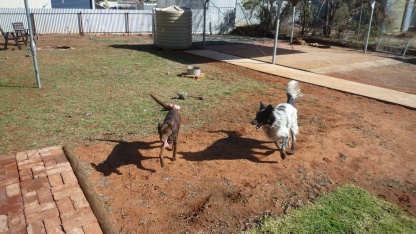 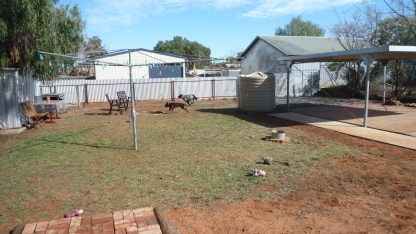 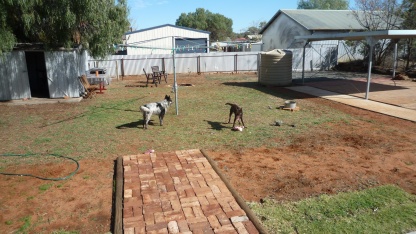 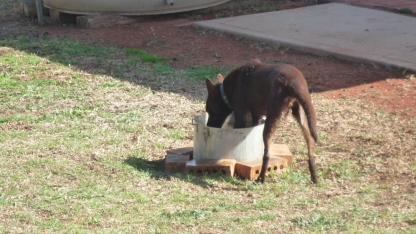 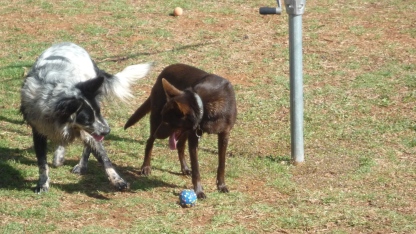 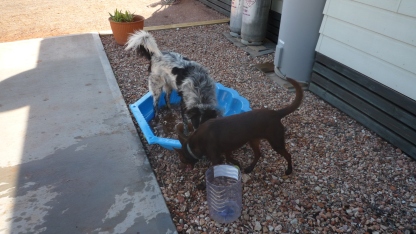 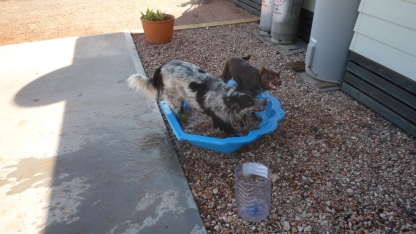 I even brought Beau inside, hoping they might get bored and leave but Arrow jumped onto the porch table to look for him through the window. It actually felt like I was in the middle of a Gremlins movie! What is it they say about familiarity? 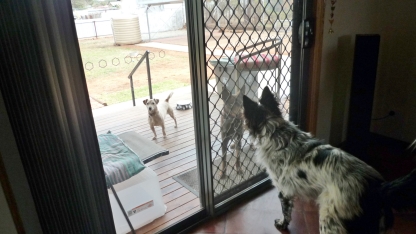 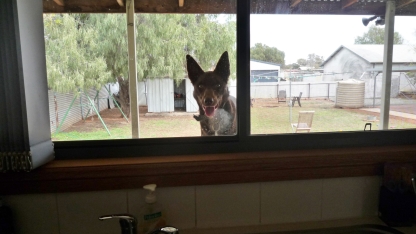 I realise that this is pay-back for irresponsible neighbouring but today was definitely time to put a stop to it. No more Mrs Nice Guy!

Thankfully, a burst of water from the hose was enough for Jackie to scurry back home but Arrow was more determined and ran and hid behind the shed. It took a couple of hours of patience, plus dragging two outdoor chairs and an outdoor table and pressing them up against the fence, and some stern threatening and eventually I managed to get her up and over the fence. Lesson learnt!!

On a different note entirely, check out the house across the road from us that just sold for $195,000…. complete with pool. Cobar houses are VERY cheap. 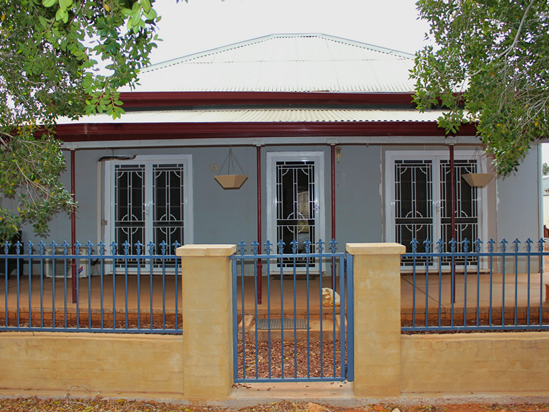 House prices seem to rise and fall on the back of gold discoveries but rents stay firm because there aren’t enough rentals for the miners.

This house would get more than $400 a week and I was cursing that we noticed it in the Agency window too late. It sold within 24 hours. Darn!

On another different note, I’ve managed to get the owner of the land next door to bring in a small herd of goats to keep the weeds down and snakes away. And, in case you’re wondering, there’ll be no biscuits for them!….. well, maybe the odd piece of stale bread. 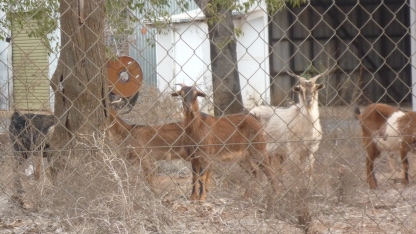 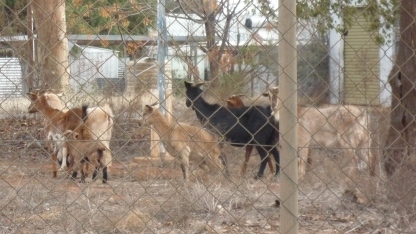 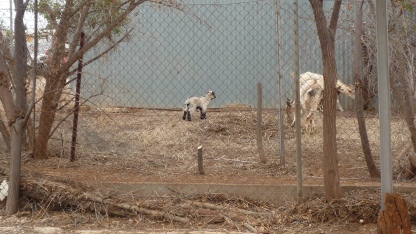 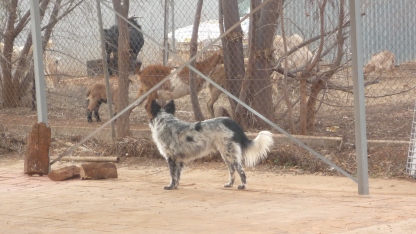 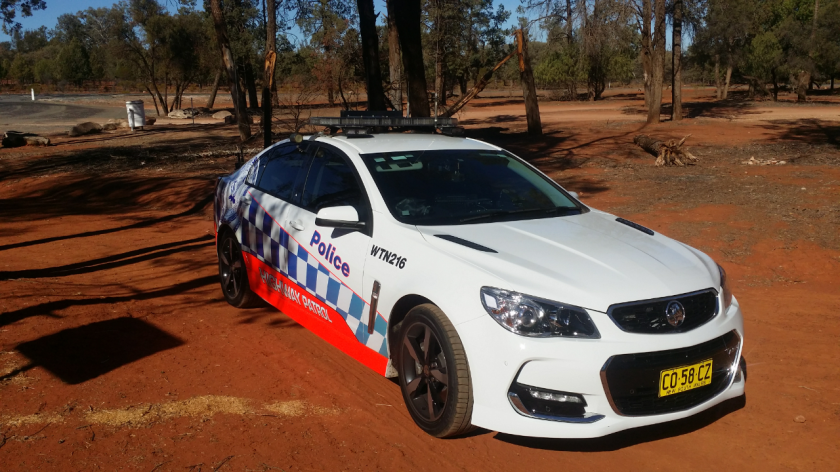 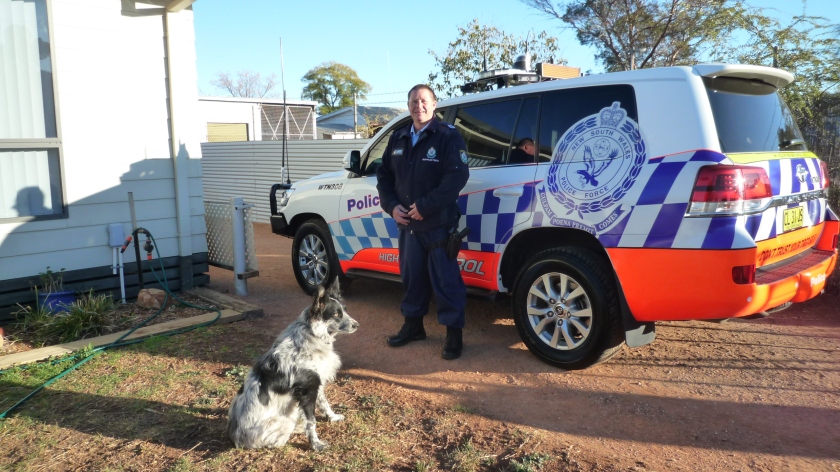 Based on (sister) Dee’s very funny joke we did a bit of manipulating of the Cobar Weekly and pinned it to the Detectives’ door. 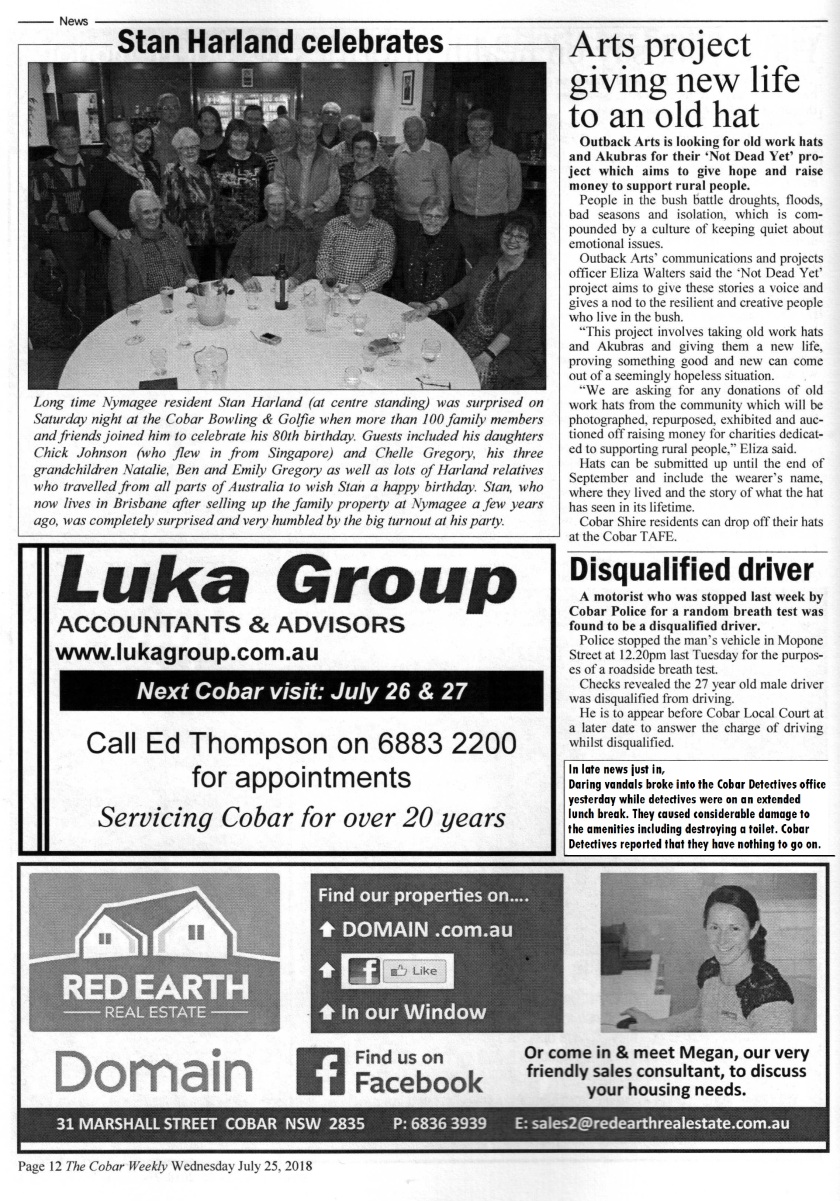 This was in response to the coloured crayons photo that they pinned to Highway Patrol’s door. Hmmmm I wonder what will be next!

PS This little Houdini found the one hole in the fence that apparently we hadn’t secured after all. Talk about hard to catch! But now he’s safely back with Mum and Dad – all up there are 4 bucks, 4 nannies and 4 kids. 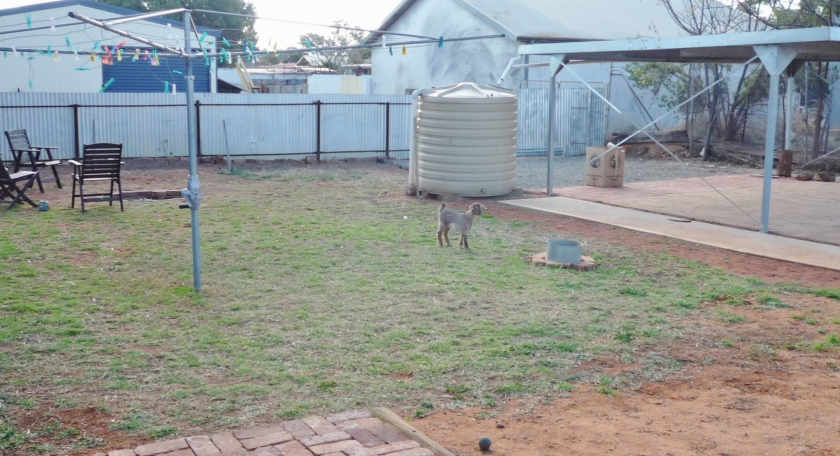 One thought on “Beau and Arrow”